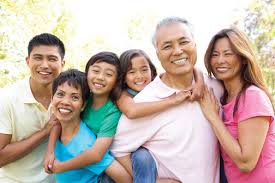 Canadian Citizenship and the Meaning of Integration

Immigrating to a new land may mean many different things to different people, and personal experiences and ideas about the journey of moving oneself or one’s family to a new country vary greatly. In many instances, it is the vision of a better life that leads immigrants to seek out a space in differing lands, and immigration is often associated with a remarkable amount of effort and the strength of will necessary to start anew in a foreign country. Sometimes, however, immigrants who stay focused on their own goals and objectives in their new country of residence may find little to no time to take advantage of many of the country’s perks, and may not choose to become involved in the nation’s organization or social culture. Though it is understandable that newcomers’ first thoughts and actions are reserved for themselves, the passage of time can create increasing challenges for those who remain in a state of isolation. In Canada, where scores of immigrants travel each year looking for new opportunities, this isolation can sometimes be detrimental to the overall success of the very people who work hard to achieve it.

Integration is an essential step for newcomers in any country, and thankfully, those who decide on Canada as their destination can benefit from the many immigrants who have become citizens themselves and represent a broad range of distinct backgrounds and traditions. Allowing newcomers to identify with others on many levels while also learning about different perspectives and ideas, this diversity is a major national treasure in Canada. Immigrants may be able to enjoy some progress with integration shortly after arriving, particularly in the many immigrant communities that exist in each province. Yet it is difficult, if not impossible, to truly integrate oneself in the spirit and society of the country without first achieving citizenship status. One of the most important steps involved in this achievement is taking the Canadian citizenship test, particularly because it requires that test-takers learn about Canada’s history and administration, along with many aspects of its culture. Through learning about the country in-depth, newcomers are able to establish more understanding with the population at large, and can enjoy an easier integration process as a result.

No matter the distance or other major factors involved, immigration isn’t especially easy in most cases, and the process can weigh on the emotions of people attempting to re-start their lives in a new place. Sometimes, the idea of integration can seem to threaten personally connections with other countries and people, but on reflection, many people come to realize that documents themselves cannot perform such deeds, and only people can be held responsible for keeping in touch with their pasts –or turning away from their backgrounds completely. Integration is often not the first thing on the minds of busy and excited people carrying out the phases of their immigration to Canada, but in time, this essential part of life in a new place should become a focus.